Media Kit
Warning: Use of undefined constant bcn_display - assumed 'bcn_display' (this will throw an Error in a future version of PHP) in /home/jgsuobk701g8/public_html/fastpathsecrets/wp-content/themes/creativo/header.php on line 1103

EXCUSE OUR DUST… THIS PAGE IS GIVING US HELL!!!

STOP BACK SOON TO SEE WHO WON THE WAR.

In 1983 Judge Green in Washington D.C. broke up the world’s largest company because it had become a Monster Monopoly! Suddenly, the great AT&T had been split into several smaller  competing companies, and one of them was called AT&T Information Systems. It took that name after they were sued and lost the name they wanted, which was American Bell.

They not only needed a new name in May of 1983, they also needed hundreds of new sales people to sell their advanced business systems. Taylor’s older sister had been hired weeks earlier and was doing amazing business. She told Scott to cut his long hair, go buy a great suite and apply for a sales job to earn much more money than ever before.  To be ready, she encouraged him to read the current bestselling book on selling skills from Tom Hopkins as all of the hiring corporate managers were reading it at that time as well, she explained that knowing what was in this book, and applying it in the interviews should help to secure the job. Remember, they needed hundreds after the big split was done!  Long story short… He got the job!

Now, he needed to be trained and start selling ASAP. To say he was nervous would not really be enough depth! He was terrified, and felt like a complete fake.  Just two weeks earlier he was a long haired guitar player in a band that only did a few cover tunes because the whole band was just getting started. But he listened well, he learned, and he applied what they taught, and he sold business telephone systems, fax machines, and computer systems he could barely spell, and he knew very little about them. How is this possible? This was his introduction into the business world. This was the ground floor opportunity that made it all possible. Taylor applied the lessons from some of the smartest and best known trainers on the planet, trust me I say that AT&T hired the best; and because he was so nervous he just stayed in his cubical and literally out dialed everyone.  He won AT&T’s “Best of the Best Award” his first year with 354% of quota booked and paid! He was thrilled, but he still felt like a fake, and he still held far too much fear because he had been dishonest in his interview, and he always thought he would get caught. He said he had a college degree, and the truth is he had many college classes, even with good grades, but no degree.

“This bothered me so much that I began to sabotage my own career. I wanted to leave the company, and go do something else, anything else. Intellectually I knew it was all good no matter what. That they would never fire anyone who could sell three times the established quota, but I learned a valuable lesson that I am proud of; I lied, and that’s not O.K. with me.  I regret it, and I won’t do that again!

Since that time I have gone on to work in the music business which I love! I did leave AT&T and chose to go back to the music, but with a better chance to pay rent…  I put myself through the top recording engineering program of it’s time in the late 1980’s, and finished #1 in my class. I received job offers from Atlantic Records in New Your City, and big studios in Nashville, then an invite from guitar legend Steve Vai’s company in LA; to work in their Pro Audio Rental company. and I decided to go to Los Angeles and I started packing and driving but learned half way across the country that the gig was filled before I got their.

Turned out to be a great thing as I worked instead at Sony Music, Westlake Audio, Music Animals, Lion’s Share Studios, and I rose from assistant engineer to studio manager in record time because I had professional sales and marketing experinece. My own FastPath had begun. I even worked on projects and booked audio post sessions with Jim Baldree, Howard Pfeifer.  I got to work on and book sessions with some of the biggest stars in the business like Madonna, Pink Floyd, Elton John, Tony Bennett, Kenny Loggins and Sheena Easton, I even assisted on The Sony Music sessions around 1992 working with the original tracks to remaster the father of the blues Robert Johnson, and many more of the legends of the blues series from SONY.

I also sold a large recording console to David Foster while working as an audio consultant at Westlake Audio, and had some of my most exciting career experience while in the music business. Truth is, I just could not make enough money no matter how well I sold or served in the music  industry! When I married, expecting my first born I moved into video and film, and began marketing Avid Technology – this was the new digital editing systems. We sold to the Hollywood markets and along with a truly great team of sales executives I helped the new firm rise from zero to 56 million dollars in just over two years.

Now this was cool! This is actually where I first learned the words  “Fastest Growing Privately held companies!”  Due to a good team, good talent, great timing and good fortune we had become the #1 Fastest Growing privately held company in our region! (Los Angeles)  Since then, I have been paying attention to all the publications that expressed interest in this phenomenon. There are clues everywhere when you learn where to look!

I have spent years working, studying and applying all I have learned! Teaching these lessons, trends, strategies, and tactics have become my main focus in this FastPath campus and teaching this ever morphing process along with building the business is some of my greatest passions.

I invite you to look into this work. It can change your life if you feel stuck. You may be surprised to find that you will begin to change others for the better as well! It is really an awesome experience to help others, help yourself, and find areas where you truly thrive! 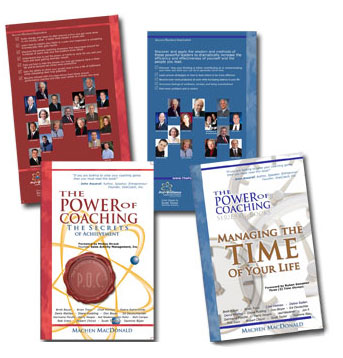 Scott Taylor is co-author and cover designer on the “Power Of Coaching” book series.
Together with Machen MacDonald and some of the most influential and well known authors in the world such as Stephen Covey, Brian Tracy, Denis Waitley, John Assaraf, Chet Holmes and maybe ten to twelve more… Scott contributed outstanding chapters to help coaches and business executives alike to Look, Listen, Laugh, and Learn from his insights and stories that have heart, heat, and healthy advice for anyone wanting fresh ideas and to better find their own path for growth with his time tested and proven anecdotes. 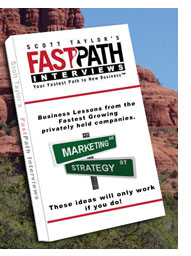 Scott Taylor’s current project is to complete and publish The “FastPath Interviews” with the fastest growing privately held companies. Having started this project many months earlier, Scott has already been sharing many free talks with this project, and getting fantastic local reviews for the content of his talks, ideas, strategies and tactics for lead generation and conversion. Scott then applies the best advice from these interviews and fast path companies, and he continues to follow up, and “stay in the conversation” so that real learning and real “doing” get done so that real “Being” begins as well!  Larry Wilson would be proud!